It has happened, the world has embraced livestreaming. It is no wonder that so many people have taken on this amazing platform to connect. There are so many possibilities when it comes to this technology.

Livestreaming is the ability to allow a user to broadcast live video content while using a computer, tablet and/or mobile device. It is amazing to think that we can among many other things be a host of a show, talk to several people on a topic at once, give advice, and answer questions all from a device – to a number of people at the same time.

People spend on average 3x longer on live videos compared to those that are not live. People want to consume content and data – yes, we know this without a doubt. But, they want real time data and value from those who have the best to give.

15% of the "top brands" are already using Periscope to reach audiences, according to Twitter.

There are a number of livestreaming platforms out right now, but the top ones I will touch on briefly are Meerkat, Periscope, Facebook live, and Blab. These are the different platforms that I have had the pleasure of trying in the livestreaming space; with better success on some than others. 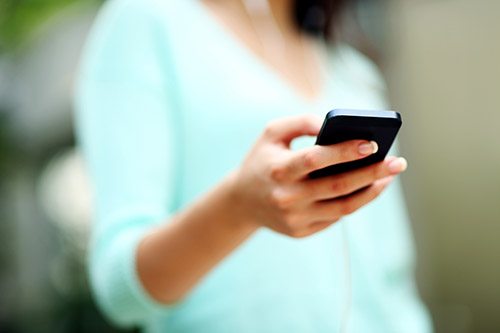 Meerkat is a mobile app that was launched in March 2015, it was one of the first large livestreaming apps to hit the technology and marketing world so hard. As it continued and had a breakup with Twitter – they have decided to go another route. http://www.recode.net/2016/3/4/11586696/meerkat-is-ditching-the-livestream-and-chasing-a-video-social-network

Periscope was acquired by Twitter and when they launched the masses came a running. This app is largely utilized by many verticals and in many industries across the world. Leaving comments and asking questions while people are streaming, along with hearts is a huge eye catcher to many. With Periscope you have the ability to replay the video as it is housed within your feed for 24 hours (in case you miss the live broadcast).

For Periscope, the integration they have with Twitter is amazing – you can choose to share your Periscope on Twitter and you can also tweet a link so others know that you are live. Periscope also has the capability to broadcast via GoPro, for those who do things such as ski, snowboard, and all those other crazy amazing things; having the GoPro handy to go live is a super fun and convenient tool.

The obvious answer to choose Facebook live over the other platforms is the large audience. There is no larger audience then on Facebook and using the live streaming feature on this platform makes it possible to leverage what they have built.

Facebook is a fast-moving, public, popular and now live platform; for many this access has meant sharing those things that normally would come across in a feed – face to face essentially.

“Facebook would instantly allow the targeting small business and brands have been craving, and give the bigger brands deeper access to their audience where they already are.” http://www.huffingtonpost.com/cathy-hackl/periscope-vs-facebook-liv_b_8763452.html

I have to say that I jumped on Blab when it first came out, sadly it has shut down for the next “evolution” of Blab to hopefully resurface at some point. https://medium.com/@shaanvp/blab-is-dead-long-live-blab-d2f72449ddb8#.2vypd2bs3

How sad it is to say that something so great for so many people has shut its doors. The hope is that the blab team comes back with something fantastic and hits the world by storm once again.

There are many other livestreaming apps and platforms that are coming out all over the place; Streamup, Younow, YouTube, Hang w/, livestream, Stringwire, Ustream, Nom, and Snapchat LiveStories.

This is a topic that will not soon disappear; thought leaders, marketers, and people of all industries can and will begin to utilize livestreaming more and more. It should be incorporated into your social and content calendars. It should become a place within an organizations plan as well as an individuals’ plan, if you are wanting to build a brand – BUILD IT! People want to hear what you have to say, give value and take names.

“The person who gives value first has the leverage.” Gary Vaynerchuk