“I’m the boss, I don’t have to tell you where I am going. Now get back to work.”

I will never forget that day in the spring of 2001 when I was staring down a co-worker who accused me of not working when I was leaving my desk to run to the restroom. Taking a potty break was obviously not the problem. I was an assistant manager at a laser tag company and the employee who was questioning my productivity was also questioning my authority. The real problem was my perception of my authority and my misuse of it.

Did I, the assistant manager, need to tell the employee what I was doing or where I was going? Technically, no. I had positional authority to execute my job without any input from that employee. Did I have a good relationship with that employee ever again after that moment? I’m sad to say… no.

Depending on where you look you can find a plethora of “types of authority”. For the sake of ease and simple understanding I am going to dive down the rabbit hole of Positional and Relational authority. This is simply the authority you have as a result of your rank or position in an organization (Positional) or the effectiveness you have over a person because of the way they feel about you (Relational). Let’s dive deeper into what this means.

The interior crew leader saw no danger, was actively engaged in battle with the seat of the fire and felt close to extinguishing it and saving the rest of the structure. At the signal, the interior leader signaled his team to exit the structure. They followed the hose line out the door they had come in and returned to the staging area for briefing on their next assignment.

This is a classic example of what sometimes happens at fire scenes across the country. The incident commander has ultimate control of the staff on scene and no one questions the call. The incident commander has positional authority over every single firefighter, apparatus, public utility worker, and even the mayor if he were to show up. This power is granted to him by the nature of the position. He is the commander. (The only person that can question or cancel an order is the safety officer. The safety officer is also granted positional authority in order to keep everyone safe.)

The interior crew leader could have argued and said that he almost had the fire out and could have complained about the commander being too cautious, but that is not how it works on the fire scene.

Positional authority is using your rank or position to get people to follow you. As we saw in the story above, the incident commander didn’t have to say anything more than get out and the team got out. There are no feelings involved. Simply command and action. 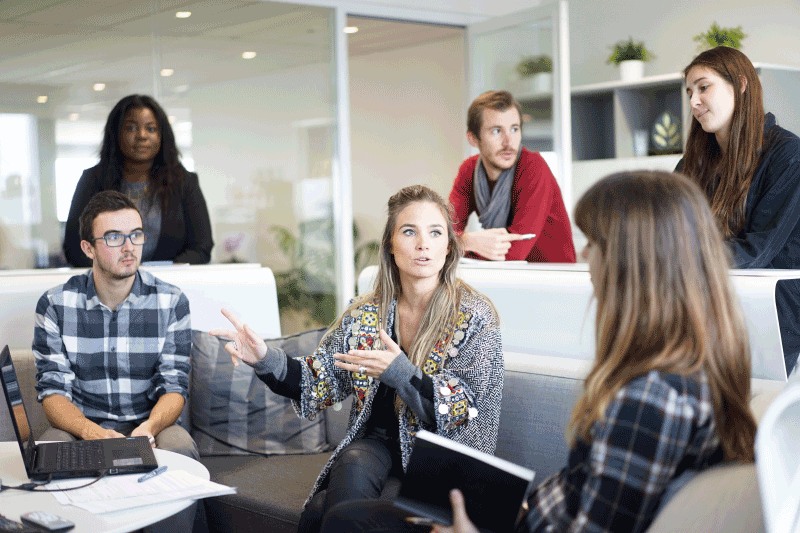 The team of interns sat looking at each other. The boss had told them that someone would have to stay late and help finish binding the presentations for the meeting tomorrow. It would only require one person and they had to decide who would volunteer for the assignment. Meghan looked at Steve, and Rebecca and said, “I will stay, you all go home.” After the other interns left Meghan stayed for an additional 2 hours and bound every last presentation.

Two weeks later Meghan asked Rebecca if she would stay late and finish a project that had been assigned to her. Rebecca, remembering Meghan’s sacrifice of time two weeks earlier, said that she would take care of it for her.

Meghan had no positional authority to demand that Rebecca stay late. She had no power what so ever if she said no. Meghan exercised Relational Authority over Rebecca.

The Marriage Between Positional and Relational

The best scenario is when the two types of authority are married together. One of my favorite things to tell my team is, “If I have to rely on my position to get you to do something I have failed.” Let’s be honest, no one enjoys being told what to do and leaders don’t like being questioned about their delegations. But thinking back to the interaction with the employee when I was an assistant manager, was I exercising positional or relational authority?  Did I have any relational authority with that individual?

For anyone who doesn’t know, beyond having the honor of owning and leading this fine organization I am also a part time firefighter and paramedic. I trust all of the officers on my fire department. I trust that they have my safety in mind and they won’t ask me to do something outside of my training or skills. I trust that the safety officer is watching the incident commander and will keep everyone as safe as possible. Does that sound like just positional authority?  After training with these people for years they have earned my trust and respect. They don’t have to be in command for me to listen and follow them. They have relational authority with me as a result. At the same time, they still out rank me and therefore have positional authority over me as well.

Anyone who turns around and sees people behind him is a leader. How you lead is your choice, but let’s dig deep for a minute. What type of leader do you want to be? Are you too busy to deal with other people and do you care if they want to follow you? Is it easier to lead people positionally or relationally? What extra work does it really take to gain relational authority?

I could give you one hundred examples, but I think Bill Zipp sums it up well in his article What Kind of Authority Do You Have As A Leader?  Below is how he says you earn relational authority:

For more on leadership advice check out our leadership category: https://www.jmcbrands.com/blog/category/leadership/

Did you find this article helpful, educational, or entertaining? Would you share it with your friends? We have links below to make it easy. Thanks for reading and spending your time with me.