Thoughtful Thursday - What Do You Give In Value? 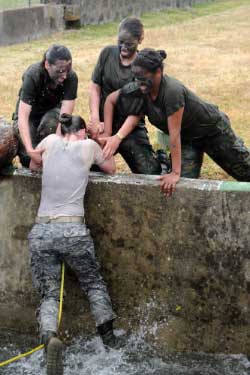 I have always found that books have the unique ability to open my mind to new concepts, inspire introspection, and even more than the rest create a lot of questions. Occasionally there are books that inspire me to look long and hard at my own life and ask questions of myself. These are the books that I enjoy the most.

As I mentioned last week, reading the book The Go-Giver has inspired me on many levels. And specifically I asked the question, “How have you given more in value than you’ve taken in payment?” This proposition of value has a lot of variation from one situation to the next. And I have asked myself countless time, what does value look like in the situation I am in right now?

In the book there are countless stories of how people gave value. Additionally, in a separate book, The Outward Mindset: Seeing Beyond Ourselves I saw a story illustrated about a debt collection company that helped the very people they were collecting against get jobs, babysitters, and help with assistance programs that made the lives of those people remarkably better. In other examples giving more in value is simply giving more of yourself for no ones gain except the person you are talking to. Lastly, Dale Carnegie in How To Win Friends and Influence People recounts that you have something that you can give away for free and yet costs you nothing but can make a huge impact in someone else’s day. The answer to that my friends, is a smile! ?

So I ask you the question again. How are you giving more in value than you are taking in payment?

I want to share a personal story on the matter. Something that had upset me for a long time, but I was unsure why. There was nothing on the surface that would lead anyone to believe that anything was “wrong”. Again, after reading The Go-Giver, my paradigm was shifted in a way that revealed the core of the issue. And nothing was “wrong” but things could have been profoundly better.

Several years ago, I was involved with a company that was very helpful to me personally and professionally. I was provided opportunity that I couldn’t afford and was grateful that this company shared its resources with me. In exchange for those resources I provided my own services as a way of giving back. At the time I didn’t have a thousand clients and had some decent time to dedicate and so I gave all of myself that I could. Again, this company was very gracious to extend the benefits it did to me and I was grateful.

About 30 hours a week I would sit in meetings, provide consultation services, get assignments tasked to me that needed completed. I would complete the tasks and report back, get praised for the great work and then sent off on more tasks.

After a little while, it occurred to me that if I were to charge for the services I was giving it would have cost a lot more than the “benefits” I was receiving. At the same time, I was becoming consumed with more of my own work and had less time to dedicate to the company that first gave me a boost up. And then I received a paper from this company.

It was a bill for the services they had previously been providing for free. No explanation, no conversation…a bill.

When I approached my contact with the company to find out what was going on, I was told that since I couldn’t commit my resources to the company any more I would need to pay for the resources I was consuming. “It was only fair after all” that since I couldn’t commit the same dedication as before I would have to pay for the benefit.

Fast forward a few years and I’m in a conversation with this person again discussing the 50/50 split of bills that need to be accounted for between our two companies. There was the use of supplies that needed to be split. There was equipment and labor that needed paid for because it was dedicated to my company. The agreement was clear that these things would be split after all.

Again, I am in a situation and asking myself how did I get into a place where I’m having a conversation about paying for 1,500 sheets of toilet paper on a roll of 3,000 sheets. But it was agreed that we would split costs 50/50, so it’s only fair…

This phrase returned and returned to me. Our companies decided to separate ways not long after that meeting and we agreed that all business in the future would be at retail pricing for each other to remove these situations. Again, it is what was fair. And it wasn’t until reading The Go-Giver that it finally made sense to me why it all felt so wrong.

What’s the difference between a bad, good, and great company (or person)?

Again, in the book they specifically call out that 50/50 is a losing proposition. That doesn’t make you a friend, it makes you a creditor keeping score of everything you gave so you make sure you get the same back. Or another way to look at it, if everything you give you’re expecting to get the same or more back, then who are you really trying to give to? The answer is yourself. That’s not selflessness.

Through it all, I have never felt like this company was bad or mean. And the truth is I love them very much. It truly felt like they were just trying to keep it all square. In the end, my personal experience tells me that if I seek to give more than someone could ever pay for then I am giving more in value than I expect in payment. My goal is selflessness.

Think about it. And I ask for the last time, How are you giving more in value than you are taking in payment?

I highly recommend both The Go-Giver and Outward Mindset and I have included links below for your easy reference. I hope you join me on my quest to be selfless!