The End of Flash In the Ad World

My favorite episode of the Flash is season 1 episode 8, Flash Vs Arrow. A meta-human with the ability to induce uncontrollable anger gets a hold of Barry (The Flash), as Barry is overcome with hatred and anger for everyone around him – he attempts to go after the villain alone. Oliver (The Arrow) attempts to stop Barry (The Flash) and they fight. By the end of the episode and with everyone on the teams help; Barry is back to normal and the villain is captured.

I know that the fighting between Arrow and Flash shouldn’t be the best part, but it is – it stirs up excitement and intrigue as to which good guy will win. It peaks anticipation and heightens the story line for both heroes while making the viewer decide in that moment which hero they will side with. This episode made me feel torn and thrilled all at the same time, I thought to myself “Is this the end of flash….”

How Does This Tie In?

As I went over this amazing episode in my head and I thought about how it translated into other parts of my life and it hit me, I saw the similarities between The Flash’s ego (in this episode) and the Flash player’s industry dominance. Just like that false ego and decreased self-control Flash felt in his weakest moments, Flash is at its end and there is no coming back.

Where Did Flash Come From?

For some time and since its purchase in 1996, Flash was the hero for websites as they were heavily dependent upon it; according to mashable.com the creator of Flash Jonathan Gay was set on ‘building a graphics editor,’ http://mashable.com/2012/11/19/history-of-flash/#L_yV9RatX5q7 and it seems he did just that. His dream would be realized and great brands would go on to adopt the use of this technology after it was released. That was FutureWave Software and quickly became Macromedia Flash, which then became Adobe Flash in 2005.

The security breaches that have continually increased are what have so many saying, “It’s the end of flash.” In 2015, a major security breach was discovered that left all users vulnerable to hackers. The only fix at the time was to completely uninstall Flash on every device. Adobe issued a security bulletin to its users with no immediate fix. https://helpx.adobe.com/security/products/flash-player/apsa15-05.html

What is Taking Over? 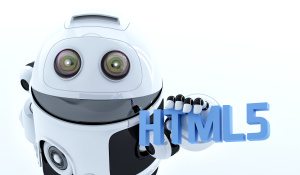 The arrival of things such as HTML5 have really taken the cape off of Flash and flown away with it. HTML5 is a Hypertext Markup Language that speaks to web applications efficiently. I have heard the question, ‘will this affect my ads and the success metrics associated’ and the answer from me is absolutely not. HTML5 has the compatibility with mobile that Flash never had and it has increased protection from becoming infected.

HTML5 has the ability to optimize to screen size while Flash did not have that capability; we use so many styles, sizes and devices that having an ad look the same cross device is a huge building block towards increased metrics. HTML5 is also inviting to our dynamic ads that will change depending upon the advertisement and marketing behind it. Those of us who are running an ad that needs to be updated per sales, sign ups, etc. HTML5 is going to impress your key metrics even more so.

It seems that HTML5 has had a phase where it was not widely adopted, but that is changing. The push-back comes with years of utilizing one program cross platform and now the goal is to get everyone streamlining the efforts on a new one.

Many large platforms have turned their back on Flash and decided to go 100% HTML5 and if they haven’t done so now, they will in the near future. Google Adwords and DoubleClick will “no longer be able to upload display ads built in Flash,” as of July 2016 https://support.google.com/adwords/answer/6249073?hl=en and following that in January 2017, Flash ads will stop running completely on those platforms.

Alongside Google other platforms have had their own end with Flash; Chrome, Amazon, Mozilla, YouTube and Vimeo all discontinued use of Flash. Although each platform has its own reasoning for saying goodbye, they are all doing just that. As easily as the big brands once adopted Adobe Flash, they are finding themselves having to move on to the next viable choice.

The IAB is on board and is continually updating their guidelines for what an HTML5 internet looks like. Adweek talked with Scott Cunningham, SVP at IAB and general manager of the IAB Tech Lab and he stated, "It is the continuation of the migration from the Flash world to an HTML5 world," "It gives us an opportunity for cross-screen digital security layers and better optimized—from a technical perspective—delivery mechanisms.”
http://www.adweek.com/news/technology/digital-ads-shifting-html5-industry-now-has-new-set-guidelines-167195

Is it Really the End of Flash?

Flash had a great beginning and aided in the technical tactics that it was first designed for, with the evolution of technology and the growth of ideas and plans – Flash can see its end in sight. HTML5 has seen its rise and has quickly taken over the scene.