Ja Rule joined author and international keynote speaker Carlos Gil on stage at the 2019 AdApted Digital Media Summit to set the record straight concerning his involvement in Fyre Festival, and ultimately, to move on from it.

“How many of you here have seen the documentaries?” Carlos asked. Everyone in the room put a hand up, except for Ja. “They beat me to it,” he chuckled. Documentaries produced by both Netflix and Hulu sparked a cultural craze surrounding the festival, with Twitter memeing everything from event producer Andy King to the catered bread and cheese sandwiches. Ja was ready to confront the questions that they left unanswered and to discuss what he’s doing next.

When asked about misconceptions surrounding his reputation and involvement in Fyre Festival, Ja reminded the crowd that he never watched the documentaries, but did see the reactions on social media. “I think people don’t understand the situation and the role I actually played. My biggest role is I’m a creator, first and foremost,” he said, explaining that he was responsible for the festival’s unique concept.

Once Ja had the idea, he needed a partner who could make it happen. “It is one thing to create and have great ideas, it’s another thing to bring those ideas to life,” he pointed out. “I’ve met lots of people in my life that I’ve given ideas to and they’ve said, ‘These are amazing ideas Ja, I can raise money, we can do this, we can do that’—never happens. When I met Billy, he was the first dude who I gave these ideas and visions to that actually started raising the money.”

At the same time, Ja acknowledged that since Billy McFarland was lying to investors to obtain funds, the fundraising was also what doomed the project. “The crime was Billy lied to investors, told him whatever he had to tell him to raise money,” he said. “I don’t know why he would do that, because we had a great thing going and I believe we could have grown this thing and it would have been an amazing company.”

Ja did want to make one thing clear—that his intention was always to put on an incredible, first-of-its-kind event. “I think people think that the festival itself was the crime, like we sat in a room together and said, ‘Ha ha ha, we’re going to scam everybody out of their money for this festival,’ and I’m like, that doesn’t even make sense. What’s the end game for Ja Rule, or anybody, for that matter?” He went on to say, “It was an attempt to do something way out, different, that was never done before… and I didn’t have the right partners, I didn’t have the right people, and sometimes that happens in business.”

In a room full of digital marketers, everyone wanted to know whether Ja placed any of the blame on the marketing team. “Twenty something million dollars was spent to try to put on this festival. There’s a lot of money out there that went into a lot of different hands, so of course there’s other people to point fingers at, but I don’t like to do that,” Ja said. “I keep the blame here with me, because I’m the person I have to deal with, I’m the guy I have to look at in the mirror. For me, I have to say I should have been more on top of it, I should have been more hands-on,” he reflected. 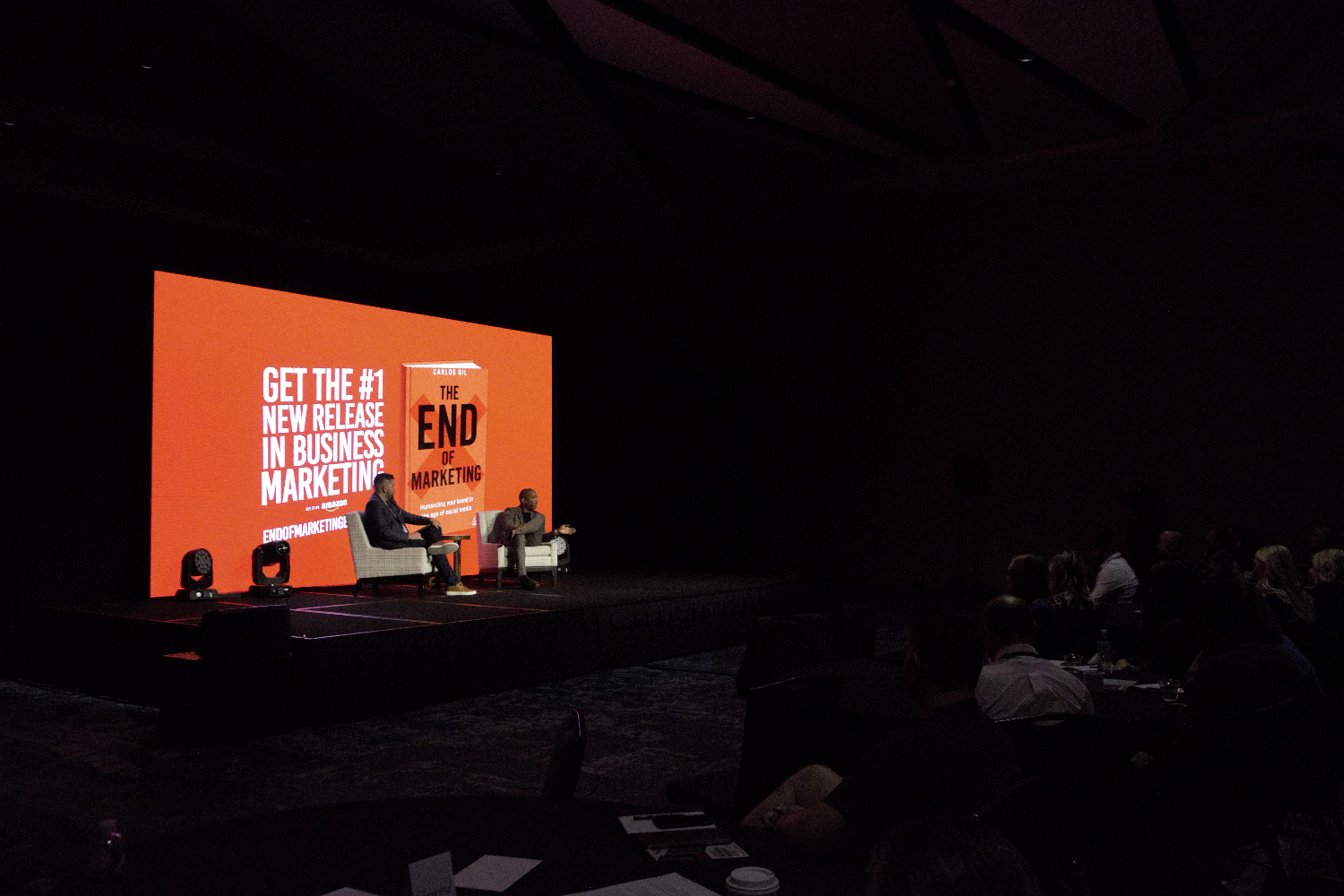 Going forward, Ja says his number one rule for business is to hire extraordinary people, citing the Fyre Festival as the experience that taught him the importance of trustworthy partners. “What I want people to get from Fyre is to learn,” he explained. “I learned big time from Fyre what not to do going into my next business ventures, what good things to do going into my next business ventures—because not everything that we did was bad, there were some great things on the marketing side.”

With the Fyre Festival behind him, Ja Rule now understands the full power of influencers. “The right influencers do move the needle,” he explained, recalling when Billy wanted to give Kendall Jenner $250,000 for a tweet. At the time, Ja told him “that’s absolutely ridiculous.”

But now that he’s seen the value that influencers bring first-hand, Ja has a different opinion. He admits, “I didn’t know the impact of that type of influence.” Once they paid Ms. Jenner the money and she sent out the tweet, everything changed overnight. “It was the most talked about. It was the FOMO event… It was really, really crazy how that one tweet made people jump and say ‘I want to be at this event.’”

While the festival’s use of influencers called attention to the shifting advertising landscape, there is also a more timeless lesson to be had here. “You have to know your consumer,” Ja stated. “Billy is a young, smart kid—a little socially awkward, you know, wanted to be in the cool crowd—and he knows that there are millions of kids just like him… so he knew how to market to them.”

Ja also opened up about what he learned from failing big in the public eye. “This spotlight that hit the Fyre Festival and hit me, it was a black eye,” he said. “I used to block a lot of people on my social media who say crazy things, but now I leave them… I want them to see the other side of what’s going to happen now, and convert them.” 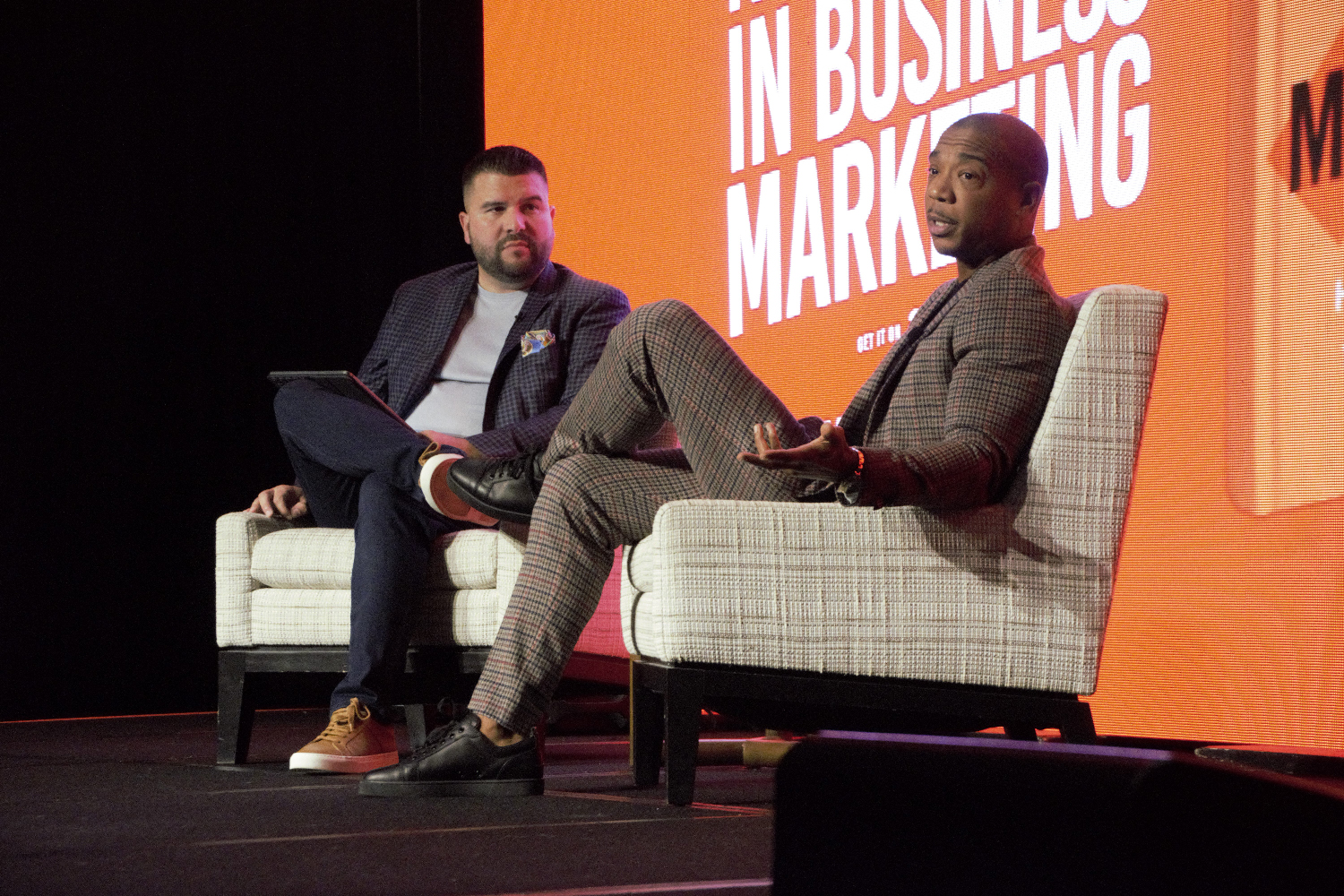 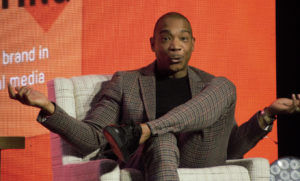 Ja Rule is ready to turn the conversation to what’s happening next—and for him, that’s Iconn.

“With Fyre, the app started out as being a booking platform, and with Iconn it has grown to be this talent, branding monetization platform where any type of talent—from artists to models to athletes to speakers to influencers—they can go on my platform and monetize their brand. And brands can also go there and monetize the talent,” he explained.

According to Ja, Iconn fills an existing market gap. “If you don’t know how to book talent, where do you get them from? I know the struggle. This is what Iconn was built for. You can go to Iconn, scroll up and down, find the talent you want, the price range you want, the availability. It’s all there, and it’s very simple to use.” Before closing the session, Ja Rule added that he’s even available to book through Iconn. “I think it’s going to change the way we look at booking talent.”